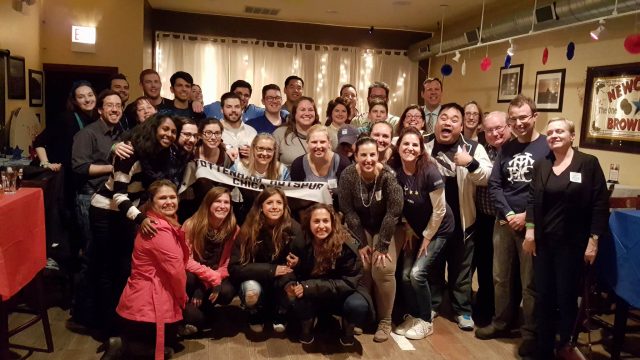 An Evening to Benefit Connections for Abused Women and their Children.

On the evening of Wednesday April 27th, Chicago Spurs teamed up with the Chicago Red Stars of the National Women’s Soccer League, their supporters group Local 134, and the Atlantic Bar and Grill to host a benefit night for Chicago non-profit Connections for Abused Women and their Children (CAWC). CAWC is an organization committed to ending domestic violence by using a self-help, empowerment approach. They provide a shelter for women and children, counseling, advocacy, and a 24-hour hotline for people affected by domestic violence.

Attendees enjoyed an open bar and appetizer buffet and had the opportunity to mingle with Red Stars players Arin Gilliland, Sofia Huerta and Danielle Colaprico, as well as the Red Stars mascot Supernova. In addition, Chicago Spurs and the Chicago Red Stars provided rare soccer memorabilia to bid on during a silent auction, including: a limited edition first season Red Stars kit, a 2015/16 Tottenham Hotspur home kit signed by the squad, and a Tottenham Hotspur League Cup winners kit signed by Jonathan Woodgate. Through ticket sales and silent auction proceeds, Chicago Spurs and their partner organizations raised a grand total of $2,768 to donate to CAWC!

Overall, the event was a wonderful evening that raised valuable revenue for a great cause. 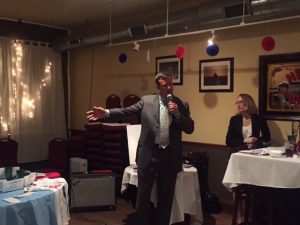 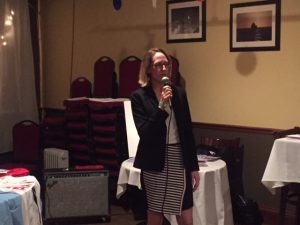 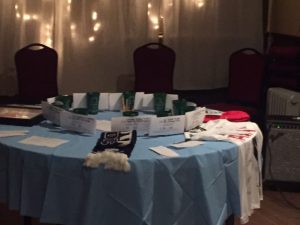 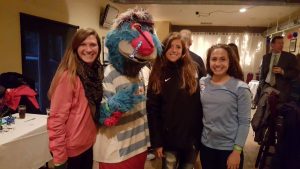 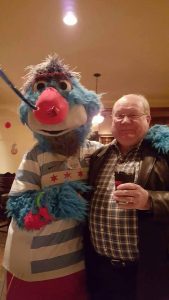