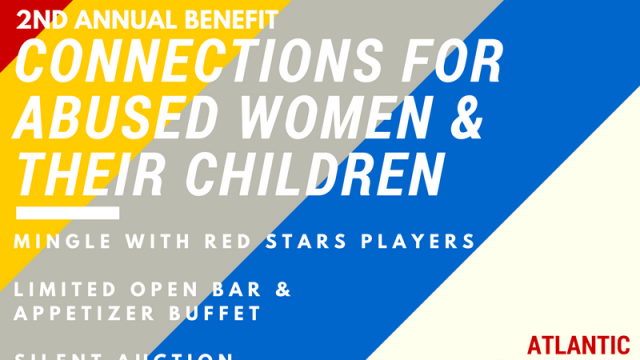 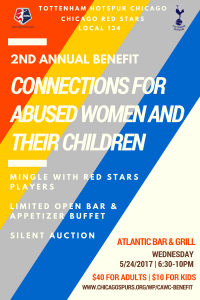 An Evening to Benefit Connections for Abused Women and their Children

Event Details: Chicago Spurs have once again teamed up with the Chicago Red Stars of the National Women’s Soccer League and Red Stars supporters group Local 134 to host an event to raise money for Chicago non-profit Connections for Abuse Women and their Children (CAWC). CAWC is an organization committed to ending domestic violence by using a self-help, empowerment approach. They provide a shelter for women and children, counseling, advocacy, and a 24-hour hotline for people affected by domestic violence

What You Get and Event Highlights: Open bar and appetizer buffet bar, your chance to mingle with Chicago Red Stars players and mascot, and a silent auction with lots of exciting items from Chicago Spurs, Tottenham Hotspur FC, the Chicago Red Stars, and the Chicago Fire.

…and much more! Auction bidding is now open!