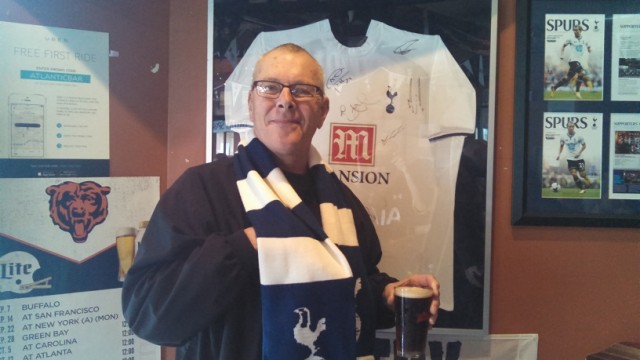 This weeks fan focus is Fred.

We asked Fred how he started supporting Spurs?

Fred: I started following football in 2008. About that time I saw a movie called “In Bruges” where the character played by Colin Ferrell made a reference to Tottenham as “a team that’s not bad but not good” and I thought that’s the team for me.

We asked Fred who is his favorite Spurs player?

Fred: Kyle Walker, he is fast and a gritty defender.

We asked Fred about his fondest Spurs memory?

Fred: Any of Gareth Bale’s free kick goals. He was awesome, Spurs really miss him.

We thank Fred so much for his time. Say hello to Fred the next time you see him at the bar.