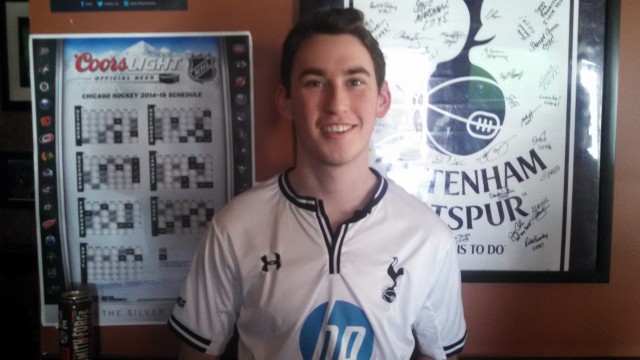 This weeks fan focus is Alex.

Alex became a Spurs fan in 2006 after visiting Italy during the World Cup in Germany. He started following soccer and in his words, “Being Jewish Spurs were the logical choice”. Alex says he has been in love with Spurs ever since, through the ups and downs.

Alex’s favorite player is Christian Eriksen, he says he is “just amazing”.

Alex’s fondest memory of Spurs is split between Bale’s last winning goal for Spurs vs Sunderland in 2013, and seeing the players in person during the teams summer visit to Chicago in 2014.

Alex’s dearest wish for Spurs is more wins. We agree Alex, we agree.

We want to thank Alex for his comments.